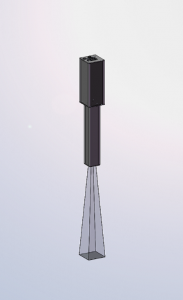 Hall Scientific Ltd., is proud to announce the representation of  Sciencetech (Canada) and their Solar Simulator technology in the United Kingdom and Ireland.

The Sciencetech solution to these problems is to use a unique system of mirrors that ‘fold’ the light onto the target plane, effectively reducing the light that is lost with little to no spectral distortion and also ensures no chromatic aberration in the output beam.

Introduction to the Solar Simulator

In addition, each of Sciencetech solar simulator products are customizable to best suit your requirements. The design of the fully reflective solar simulators permits a trade-off between power and uniformity. Higher uniformity can be achieved with lower power; or power can be increased when uniformity is reduced.

The radiation from the Sun is measured in two ways for a variety of fields of research. The solar constant is the irradiance or intensity of light incident at the surface of the Earth’s atmosphere on a plane normal to the angle of incidence. This value has been defined by the World Meteorological Organization to be 1366.7W/m2 outside the atmosphere. The irradiance of the Sun at the Earth’s surface varies under different conditions due to absorption and scattering effects in the atmosphere, and so a number of other constants are important in regards to the irradiance of solar simulators.

Below the atmosphere the radiation emitted from the Sun can be divided into two components: direct radiation that comes from the Sun itself and scattered radiation coming from the rest of the sky, including a portion reflected back from the ground. Solar simulators are adjusted to imitate the spectral distribution of sunlight for a variety of environments; to do this the spectral distribution from the xenon arc lamp source is altered and refined using Air Mass (AM) filters.

For more details on the solar simulator products please review the following:

HSL have now successfully installed alongside ColdEdge International a Stinger system that is used for multiple experiments at BESSY Berlin Germany!!

HSL in partnership with ColdEdge international have now delivered a Stinger system and Cryostat to the group of Professor Tobias Kippenberg @ EPFL Lausanne.

HSL with Coldedge Inc has just delivered another Ultra Low Vibration Stinger System to the EPFL in Lausanne Switzerland.

Translate »
We use cookies to ensure that we give you the best experience on our website. If you continue to use this site we will assume that you are happy with it.OkPrivacy policy